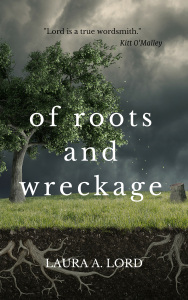 © Laura A. Lord and lauraalord.com, 2013-2020. Unauthorized use and/or duplication of this material without express and written permission from this site’s author and/or owner is strictly prohibited. Excerpts and links may be used, provided that full and clear credit is given to Laura A. Lord and lauraalord.com with appropriate and specific direction to the original content. 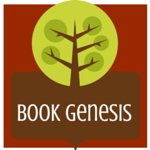 I had to do this one.

Because Rarasaur did the prompt and she is awesome.

Because the prompt itself was awesome.

And because I wanted to take a moment and step outside of myself.

So I tossed myself into some fictional woman. Then I threw that woman into a very real place going through very real things that have never really happened in that place.

Did I lose you yet?

This entire piece is about being lost. It’s dark and dangerous and it came from that part of my mind that even Norman is afraid of.

Enjoy, while I go coax that hairy barbarian out from behind Ellie’s dressing table.

Operation: To the Teeth

The sun is setting on the century and we are armed to the teeth. The lyrics of Ani DiFranco’s gritty music filled my head, setting the theme song for the backdrop that I was coming to know so well. There’s an order to things. A specific set of gradual occurrences that succeed tragedy, grief, destruction, invasion. Yes, it had been an invasion, as difficult as that may be to believe. That was the first occurrence: the doubt.

We didn’t feel the ground shaking, hear the pat-pat-pat of machine gun fire, or see the rolling tracks of tanks rip the ground to shreds beneath their tread. I was washing dishes at the sink, staring out the small window that overlooked my backyard, a swing-set, the cornfield. My children were playing in the sandbox outside, performing acts of God and moving mountains with little effort or thought to the consequences. My husband was watching TV.

That’s how we knew it. The electric flashed and the TV shut off. That in itself wasn’t much to be concerned about. Two birds could sit on a wire and knock our electric out. The flash only lasted long enough to knock the dish out briefly and then the TV was back and blaring. A long steady beep screamed from the speakers and I waited for the words, “This is a test of the Emergency Broadcast System.” Instead, I heard a mechanical voice telling us, the people, to hold for the President of the United States.

The video feed was not from the Oval Office. There was no comfy leather chair, no stars and stripes to fill the background. There was our President, worry and anger battling for the right to carve lines in his face, to spread from his thin pressed lips and to spiral out from his wide-set eyes.

Doubt always comes first. No one believes it. The ego kicks in and the first thought is always, “Who would dare?” “Who would do this?” “Why would they want to?” All those questions are followed by the immediate reaction of, “We’ll be fine.” “They’ll call in the military.” “No one can beat us in a fight.”

This is by far the longest part of the entire affair. The season of doubt washes across the country like a second-coming of the black plague. It eats everyone alive, but takes forever to go away. In its wake, we were left with anger, hatred, and fuel for a fight. The men disappeared. One by one they went off, recruited by their country or simply egging for a fight. Who knew? Who cared? We needed them and they went.

And now we’re here, and those gradual occurrences are coming at a faster rate. See, once the doubt is gone, once the men have run off to defend their egos, their families, their possessions, their homes, their freedom…everything else falls into place very quickly.

We’re tossed back into a medieval society, with no electric, no running water, no heat. Our money becomes far more useful as kindling for a fire, or toilet paper. It’s a barter and trade society again and it’s like we’ve been thrown back, back, back. I’ve got the best commodity around. Everyone can take it, but it can’t be stolen. It’s like my own personal Sphinx riddle and it is a tragedy that my daughter carries the same currency.

Every right women ever fought for is gone. There is no one there to protect them, and so they are victims and protectors all at once. They become prey even as they provide. So we learn our purpose again:

The men come in broken and we heal them.

The men come in broken and we feed them.

The men come in broken and we lie down, spread our legs, and let them break us.

Yes, women have found their place again, but at least we found a system of money that works. So we lose a piece of our soul, but our children are fed. They need to be strong for this world we’re making, breaking.

I should have done as the others. I should have skirted the cities on my way North. The North has become a beacon of safety, a haven for the lost. I wonder if they’ll have closed the gates by the time we get there. I’ve never seen Niagara. I’ve never seen much of anything. My tiny life in my tiny, rural town was all I had ever known. Finally, after years of staring at the pages of travel magazines, I had the opportunity to see the world around me.

Regardless, I was foolish, but I wanted to see it. I had a postcard shoved in my pocket. I’d grown up surrounded by fields of corn and soybean, by deep rooted forests and gravel drives. I wanted to see buildings that touched the sky, that reached their sturdy fingers up to stroke the underside of the clouds.

I remember pulling the postcard out and staring at it as we approached. I must have been around the same distance as the person who shot the original photograph. None of it was there. Rockefeller, Chrysler, Trump, Empire. They were all gone. I looked at the crease that was a white bolt of lightning through the middle of my postcard. It touched the top of the World Trade Center and drove right through the middle of the towers. Those had been gone long before today, another tragedy from another time. It seemed a million years ago.

The purple mountains majesty was blocked by billowing columns of smoke and ash. There were no amber waves of grain, only the charred remains left behind by a foreign army. We never saw it coming and from sea to shining sea lay the remains of capitalism, democracy, America the beautiful.

I feel a weight shift and briefly, for a moment, I can breathe again. Then there is another weight, and the hair is prickly and sharp as it rubs against my chest. He’s wider and my thighs are crushed down against the cold concrete of a dilapidated Macy’s store. Sweat is beading on his chin and dripping down onto my forehead like some sort of Chinese water torture and I’m floating away again. I’m lying here while men I don’t know are pumping away inside me, pouring their anger, disgust, and hate into me, using me for a moment to feel like maybe they’re in control again. They’re not, and perhaps because I know it, and they know I know it, they push harder and harder every time.

I have no idea where my husband is. The only men I see are my own countrymen, running and fleeing to the North as quickly as we are. I don’t even know where my President is, or if he even is anymore. I know that I have three more to go before I get a loaf of bread. I know yesterday I earned a scoop of peanut butter that someone had shoved into little baggies. It’s the new drug deal of our century and I keep it shoved inside my bra for safety. I know that tonight my children will eat well and I only have three more to go, or two now. I think this one is done.

Ani’s words drift through my head and I hear another girl crying nearby. Her tears form the melody to the tune and when a hand smashes my face to the side, holding me to the floor, I sing, “We’re all working together now…to make our lives mercifully brief…”